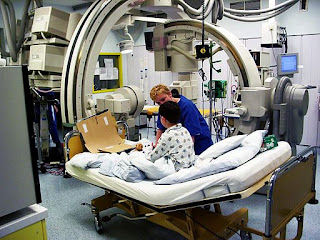 Catheters are used in a myriad of cardiac catheterization procedures. In these procedures, a catheter is inserted into the femoral vein or artery through an incision in the groin and then advanced into the heart. The catheter is then used to complete the necessary procedure, such as deploy a stent or a valve. The catheter is removed from the body after completing the procedure.

Catheterization procedures eliminate the need for open heart surgery and offer various advantages such as faster implant time, reduced hospitalization, and faster recovery.  Some human factors considerations when designing catheters for such procedures are summarized below.

Posted by Arathi Sethumadhavan at 11:15 PM