Using Facial EMG to detect a loss of situation awareness

Situation awareness is a term that is widely used in the human factors community. The term is used to denote one’s comprehension or understanding of the environment in which one is working. Studying this construct is important because loss of situation awareness is considered responsible for performance failures in several safety-critical domains. For example, air traffic controllers who are unaware that a loss of separation is happening is more likely to be involved in more severe operational errors.

More recently, Dr. Frank Durso and colleagues published an article in the Journal of Human Factors, wherein they discuss how facial EMG can be used to detect loss of situation awareness (or confusion).

The experimental set up was such that the participants in the experimental condition listened to a passage and were asked to raise their index finder when they heard something that did not make sense to them. Participants in the control condition raised their finger when they heard an animal being mentioned. Four facial muscles (near the left and right and left eyebrows, the mandiable, and the cheek) were recorded using EMG while participants listened to the passages.

Key takeaways from the article:

Posted by Arathi Sethumadhavan at 12:53 PM No comments:

A Vest that Hugs!

This article describes a vest that Facebook users can wear, which gives users a hug whenever they receive a ‘like’ to their status updates on Facebook. The hug is simulated by the inflation of the vest. The users can also give a hug back to the sender by deflating the vest.

The perceived advantage of this vest is that it allows people to be close irrespective of physical boundaries. 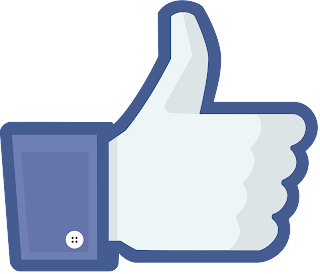 A few aspects to consider when converting this prototype to a product (Note that the integration with Facebook has not occurred yet):

Posted by Arathi Sethumadhavan at 11:14 AM No comments:

Check out the ehealth site developed by the National Institute on Aging, which incorporates these web design principles.

Posted by Arathi Sethumadhavan at 3:02 PM No comments:

What a Cool Thermostat!

Nest, a Silicon Valley startup company, has announced that they will be releasing their next generation thermostat later this month. More details about the thermostat can be found here.
Some of the ‘cool’ features of this thermostat from a human factors and ergonomics perspective include: 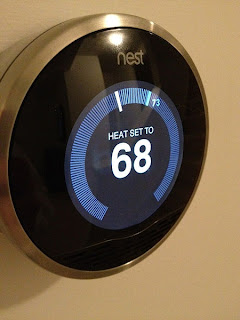